Once described as the original “Garden of Eden”, the Seychelles archipelago is located to the north of Mauritius and some 1800km off the east coast of Africa. This cluster of granitic and coral islands covered in luxuriant vegetation and lapped by the clear turquoise waters of the Indian Ocean is a place of great natural beauty, much of which has been designated as natural reserves and parks playing host to a fascinating array of flora and fauna.

Start planning your Seychelles holiday by getting in touch with one of our travel experts.

The number of film crews that arrive in the islands every year to shoot commercials and films is testament enough to the notion that the Seychelles has some of the most beautiful beaches in the world.

With relatively few hotels and excellent beaches throughout the islands, you can generally find an idyllic spot to relax away from the crowds.

If you seek more sporting endeavours then there are some excellent facilities for snorkelling, scuba diving, wind surfing and sailing that are available in most hotels. Some hotels also have tennis courts and an 18-hole golf course is open at Lemuria Resort on Praslin.

Please note that not all hotels have all these facilities so please check with us before you book to avoid any disappointment.

The Seychelles archipelago contains some of the best fishing areas in the world. The diverse geology of its undersea world, from its plateaus to drop-offs, sandy cays to shallow lagoons washed by the rich tropical currents, guarantees excellent fishing throughout the year.

Deep sea fishing is generally best during the time of the south-east trade winds (April – October) whilst bottom fishing is recommended during the time of the north-west winds (November – March) when the seas are generally calmer. Half or full day deep sea fishing tours can be arranged from all the main islands as well as all inclusive overnight fishing expeditions for the very keen sportsman.

An abundance of pelagic fish including sailfish, marlin, tuna, wahoo, giant barracuda and rainbow runner are some of the species to be found offshore in and among shoals of bait fish. Over the years the waters surrounding Desroches, Denis and Bird Islands have proved to be extremely rewarding owing to their close proximity to steep drop-offs whilst the Silhouette and North Island area is notable for sailfish both in numbers caught and size. 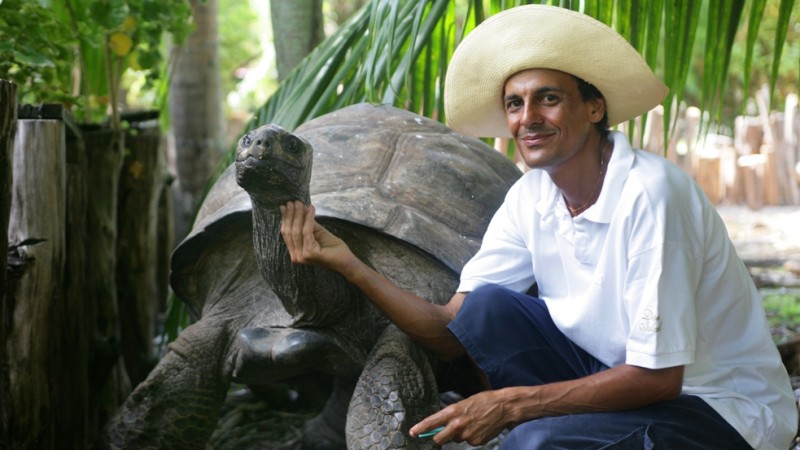 The Seychelles is famous for its rich diversity of flora and fauna throughout the islands, which includes areas of virgin forest on Mahe, Praslin, Silhouette & North, home to coconut palms, casuarina trees, pitcher plants, frangipani and also the giant Coco de Mer palm. The Botanical Gardens in Victoria are beautifully kept and stocked so well worth a visit.

Some of the more common animals include the flying fox, fruit bat, gecko and the giant tortoise which can be seen on a number of the islands.

The marine life is also spectacular with many species of coral and tropical fish living around all the islands and in particular in the designated marine national parks. Dolphins, barracudas and porpoises are often seen, as well as sharks and whales that visit the area. Whale sharks can often be seen around September & October.

The bird life is also prolific throughout most of the islands and as a result the Seychelles is an ornithologist’s paradise. A number of the bird species here are endemic, such as the very rare magpie robin found on Fregate and Aride Islands; the brush warbler on Cousin Island and the black parrot on Praslin. Bird Island is home to many thousands of fairy terns and some of the islands have been designated as bird sanctuaries to ensure that they remain protected. 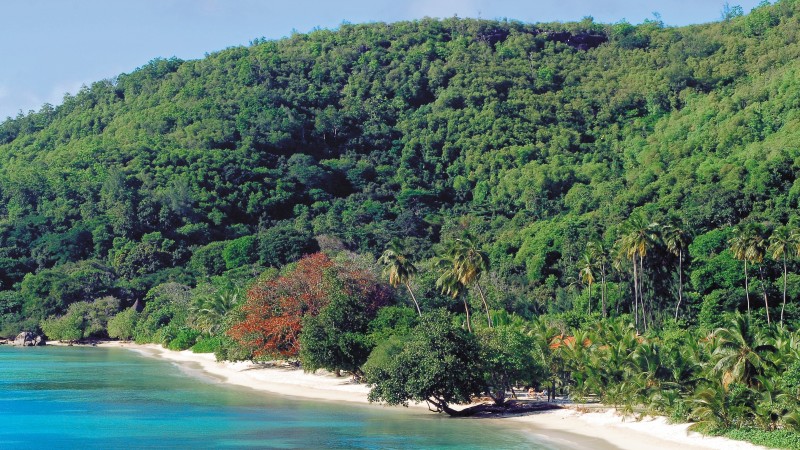 Although not considered to be a hiker’s destination, the Seychelles offers some fantastic walks, especially on the granitic islands of Mahe, Praslin, Silhouette & North. The lush green vegetation of the hills contrasts beautifully with the white beaches and azure waters below and the number of endemic plant species is a botanist’s delight.

A walk in the Vallee de Mai National Park on Praslin, home to the rare Coco de Mer palm, should not be missed whilst the island of La Digue also offers some fascinating trails around the L’Union Estate copra factory and the Veuve Reserve which serves as a bird sanctuary and is home to the endemic black paradise flycatcher.

The Seychelles are located just south of the equator and enjoy a hot and humid climate throughout the year with temperatures fairly consistent from the mid to late 20’s.

The islands can be visited all year round, but the best months to visit are from April to November when the temperatures are high and rain fall is low. From May to September the south east trade winds blow resulting in some seaweed so being on the west side of the islands is often better, whilst from November to March sees the north west trade winds blow meaning the east side of the islands tend to be calmer.

The months of December to March can see higher levels of rainfall.

No visa is required for UK passport holders. 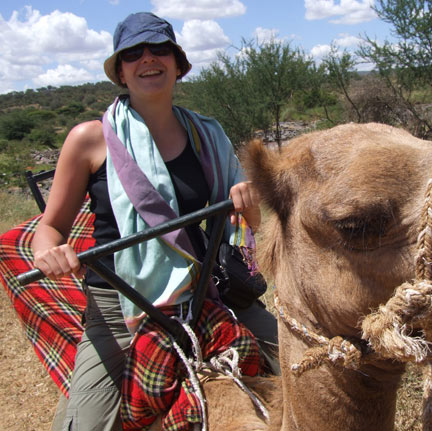